Hey folks, sorry I missed the last couple of weeks (was out on vacation or busy at work). However, I'm back just in time for the holidays with another addition of "WMMH" in the software world.

The theme for this week is data analytics. I've been working on a metrics project at work and have been pleasantly surprised at how much better the tooling has become since I first started data engineering. While there is a breadth of tools to be thankful for, I wanted to highlight three in particular that are making me happy:

Grafana is a dashboard/visualization tool that's feature-rich and easy to install. The tool is widely used by engineers, however, from my experience, it's been more classically employed for monitoring infrastructure metrics. This doesn't mean it can't be used to track your business's KPIs. Over the last few weeks, that's exactly what we've been doing at Peachjar. 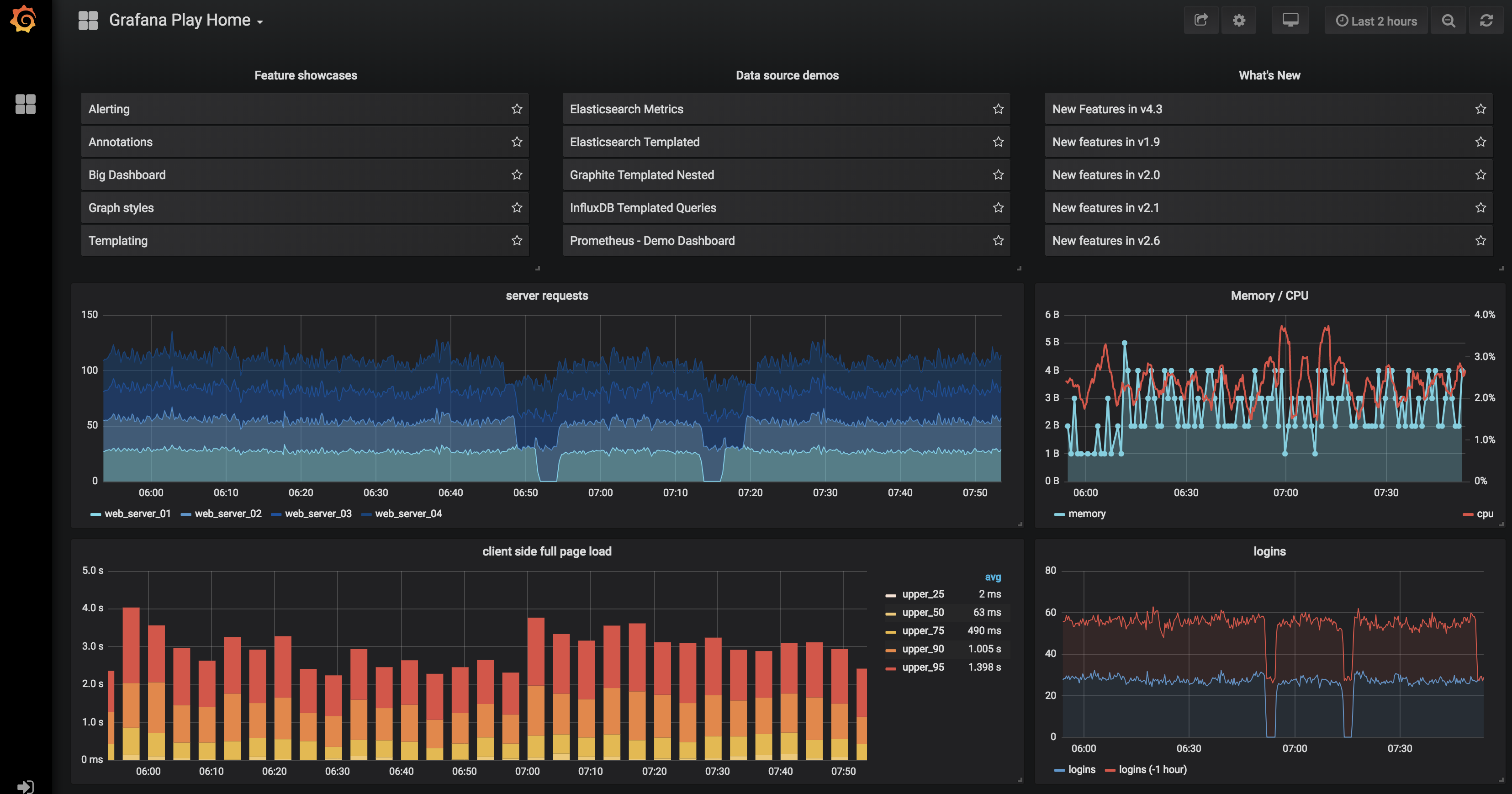 What I really love about Grafana is how capable the open source version is (unlike competitors where the features are locked in the enterprise version). Some of the best features include:

I was able to get a custom deployment of Grafana via Helm/Kubernetes done in only a couple of hours. We simply extended the official Dockerfile with the configuration we needed, imported any dynamic variables via environment (mounted from Kubernetes secrets), and tied it to an internal instance of Postgres. Needless to say, everyone is very excited to use this product.

Timescale is not actually a database, but rather an extension that adds improved time series functionality to Postgres. This is done by introducing a new data structure called a "hypertable" to the database that more efficiently indexes and queries timestamps. The killer feature about Timescale is that it works basically like a Postgres table -- this means you can join data from other tables and use any other Postgres feature in conjunction with the extension. This is a huge win for modeling time series; bespoke time series data stores tend to lack the rich query support of an RDBMS. With Timescale, you get the best of both worlds.

There are a ton of stream processing tools and frameworks out there. If you are not working full time in the space, it's often hard to evaluate the merits of each when selecting a platform (should I choose Spark? Flink? Samza?). This is why Apache Beam is so exciting. Apache Beam is a stream processing abstraction that allows you to write portable stream jobs compatible with the top six frameworks on the market.

Beam comes with its own simple, yet powerful programming model which generates the bindings needed to be launched on platforms like Spark and Flink. While Apache Beam is an open source project, it's also the API for Google Cloud Dataflow. So if you are using GCP, you have the option of launching jobs on hosted infrastructure.

Finally, we have a new addition of Technology Radar. If you are unfamiliar with Tech Radar, it's a publication of recommended software engineering technologies and practices. Keep in mind, Thoughtworks makes very conservative recommendations -- so if you see a recommendation to "adopt", you probably should have been doing it for 3 years now! 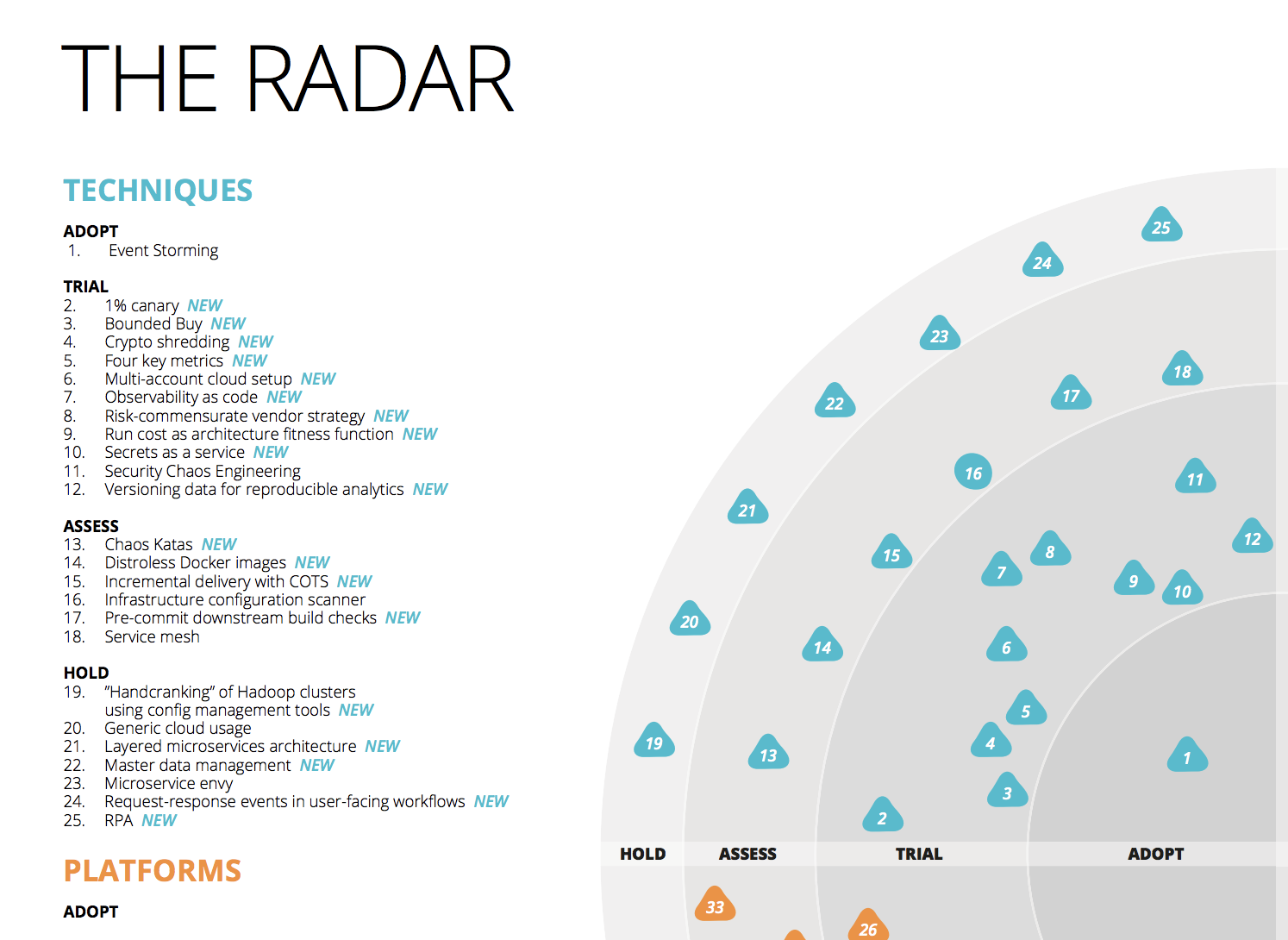 In this addition, there are a couple of interesting items of note:

There are many other great things in the report, so check it out.

That's it for this week. I'll try to keep these coming weekly, but I may not be able to keep up over the holidays. If you have any comments, reach out to me on Twitter or LinkedIn.